A Spotlight on... Paul Kelley • Bisley

A Spotlight on... Paul Kelley

It's hard to believe that this week marks the anniversary of the launch of our first all-wood product, BOB, in Salone. Since then BOB has come along way, picking up three industry awards, including a Design Guild Mark. To mark the occasion, we caught up with designer of BOB, Paul Kelley, to talk BOB, Bowie and the Bespoke world of furniture design...

Hi Paul. You’ve been officially working with Bisley for about eighteen months now. Where did the relationship begin?

I had the BOB idea just over ten years ago now, but back then people knew me more as a bespoke maker, rather than a product designer. As I was trying to meet more people in the industry, I decided to go to Orgatec in Cologne in 2012. I met with a few companies, most of which were not interested in BOB. Then I got to the Bisley stand and I heard a little voice say, “I’m interested!” and it was Bisley’s former CEO, Richard Blackwell.

He gave me ten minutes of his time and we just talked about the product together. He loved the idea, but at that point Bisley only made steel storage furniture and produced no wooden products. I remember thinking “Why can’t Bisley make wooden furniture?”. If the quality is there then you just need someone with the mindset and the vision to take it a step further. But ultimately, at that time Bisley just didn’t have the capacity to manufacture a wood product, so we went our separate ways.

I continued to refine BOB and then when my Copper Cubes (which were a very early development of BOB) won a few awards, Richard approached me again. This was about eighteen months ago, and he told me that the time was right. The rest, as they say, is history.

Why did you want to work with Bisley?

I’ve always loved Bisley for its recognition of quality. People have different views on what I am – whether I’m a furniture maker or whether I’m an artist – but the one thing that I’ve always wanted to be judged on is the craftsmanship of what I do. You can be objective about craftsmanship, but everything else is quite subjective, in my opinion anyway. That’s why I avoided the whole ‘design arts’ scene a few years ago, I think it’s either art or it’s design, but I don’t see it being both.

I wanted to work with a company that manufactures, distributes and sells everything in-house - but most importantly it had to be a company who could manufacture to a high quality. It’s been a bit of an accidental marriage between Bisley and myself, but everyone seems more than happy about the relationship.

So, going back then, where did the idea of BOB stem from?

I saw a Dieter Rams exhibition at the Design Museum about 11 years ago, and it got me thinking how so many designers these days want to just do the glory jobs; whereas Rams was so driven to make good design and quality products that everyone could afford. It made me want to design something that was much more utilitarian than just the high-end bespoke pieces I was then known for.

He also designed a shelving system for Vitsoe that can be either fixed to the wall with brackets, or it has floor to ceiling struts, so it can be free standing and act as a room divider - you can also start small and then add to it. Every art collector or architect loves the Vitsoe shelving system, it is really beautiful stuff, but you still need either a wall or a ceiling to make it work. So I thought I’d try and make something free standing, but just as strong and just as flexible, and then combine it with the idea of producing a shelving/storage system that is completely tool free and affordable for the mass market. That was my aim with BOB.

I prototyped a few versions and then started to show them here and there, as well as have a few friends use them to see what they thought and how the system could be improved. I also always design things that I would like, and so with BOB, if they didn’t sell I’d have the perfect storage for my record collection, which other than tools is my drug of choice.

How big is your record collection, then? What’s in it?

It’s probably a fair few thousand these days. I don’t really class it as a collection per se, because they are all bought to be played rather than to collect and increase in value, but obviously over time some of the records have become quite valuable.

Bowie features more than anyone else, he has inspired me endlessly over the years that I’ve been listening to him. It’s not just the music, but the professionalism of the man and the fact he made it okay for one to feel that it was cool to be outside of the mainstream, in fact he urged us all to embrace it.

I also love the idea of looking at the cover of a record, I think imagery is lost in today’s music. That’s why I like listening to vinyl because the whole experience is a process from beginning to end. It’s the same with design, there should be a train of thought that goes all the way through the work.

How does working with Bisley differ from working in the bespoke world?

It’s been great! It’s a completely new world to me so I’ve gained a lot from this partnership. Not only have I learnt about production techniques, how every change costs money and the cost of manual labour up against machines, but also how important it is to embrace the available technology and use it to design better products. However, I don’t want to end up being lead solely by technology.

Bespoke work is very different to working with Bisley. With my bespoke work, I can express myself in various ways. I’ll have an idea and I can run with it and, as I’m not often constrained by costs, it means I can really explore materials and finishes. The final aim is pretty much the same though and that is to produce a piece of work that is high quality, functional and that has longevity.

I’d probably be more successful if I just picked one – either bespoke work or mass production – and stuck with it! However, going back to influences like Bowie, it’s important for me to express myself in as many ways as I can and therefore try as many different channels as possible. For me it’s not about money, although sadly it’s something we all need, but it’s about knowing that I’ve given something my all and expressed my thoughts and feelings in the best way that I can at that moment in time.

Get up, one of us will take the dog out and then off to the workshop. Since I left college I have never worked for anyone - I guess there are good and bad bits about that - but I have always just wanted a really good place to work where I can listen to music and do my own thing. The financial side has - for me at least - always been a bit touch and go, but to have the freedom to do your own thing greatly out ways any negatives there might be.

What do you do in your spare time?

Sad to say that work is pretty much my life. 99% of the time I really enjoy it and when I do have time I love going to exhibitions, but I definitely don’t go enough. Furniture is something I try to stay clear of and instead I prefer to see more art-based exhibitions. For me I can get much more inspiration there for colours, materials, textures etc.

We’ll finish on a big question then – where do you see the future of furniture design going?

That is a big question! I don’t really think that way to be honest. However, we all know that sustainability is massively on the agenda at the moment and I think it will and should continue to be.

I find sustainability and recycling, as a ‘trend’ really weird though. I’ve always thought that if people just make products that actually lasted then there wouldn’t be a need for recycling. Is it not best to have something that lasts through generations? Isn’t it better to own something that’s really great quality as opposed to owning something that’s really poorly made but at least you can recycle it in six months’ time?

That’s part of the reason why I don’t see myself becoming a ‘Product Designer’ because I don’t want to put more and more stuff into the world when it’s not needed. I don’t have a great master plan for how to solve climate change either but I do think that we should be buying less, making less and producing pieces that last a lot longer. That’s why I love Bisley as a brand – it’s all about quality. It’s all about manufacturing pieces with longevity and that are made for life. Design more, make less is one of the things I have learnt from Dieter Rams.

I think BOB looks good now and it will look good in fifteen/ twenty years’ time. You don’t need to keep constantly trying to reinvent things. Just make something good and make it once and that’s what I’ve tried to do with BOB. 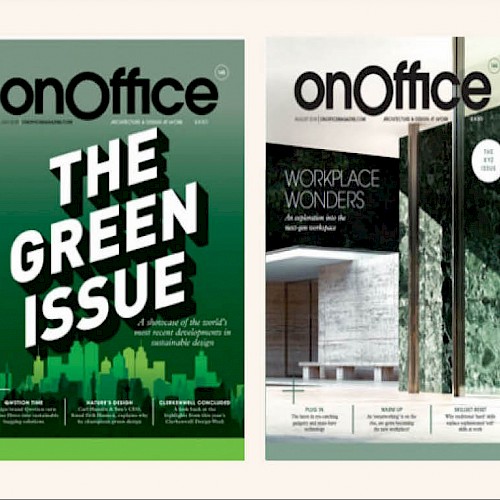 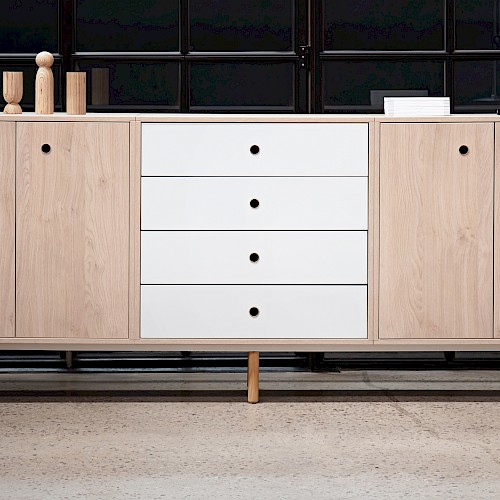 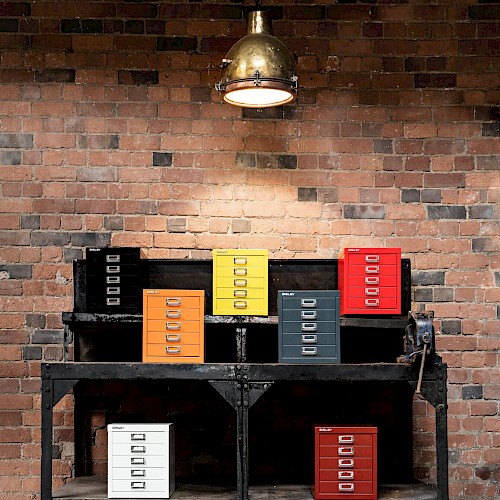